School in the Bush 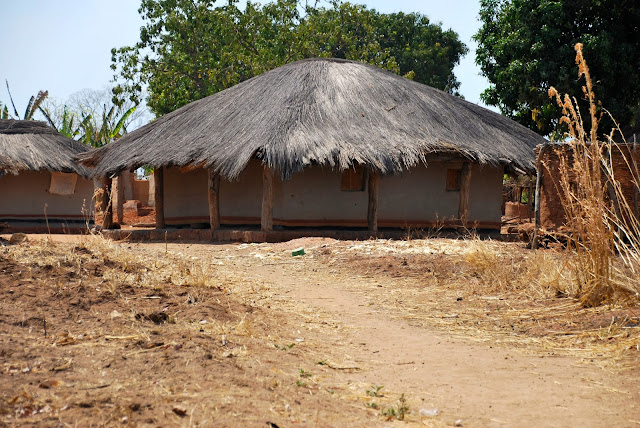 During the 1920s the British government asked Victor Murray to go to Africa and visit various schools in the colonies.  He wrote a book called School in the Bush documenting his findings. While the British looked down on the Africans, thinking their vernacular was too simplistic to understand complex concepts and thus needed to learn English, Mr. Murray saw the complexities of their languages and culture and argued for allowing them to be taught in both English and the local language. The term “the bush” is sometimes still used today meaning the rural area or village.  Yesterday I began my visits to the CCAP community schools in Eastern Province out by the Malawi border.  As we bounced along dirt roads in our mini-van looking out at the brick and clay houses still made by hand, I thought about Victor Murray and how much has changed and how much looks much the same.  At times I feel a bit like Mr. Murray straddling my American culture while trying to understand the various nuances of the Zambian culture.
Wednesday morning we left Lusaka around 6 am and started off for Lundazi in Eastern Province.  The trip takes all day (12+ hours).  We were able to watch the sun rise and set in the same day while traveling in the car. My traveling companions included Nancy, the PCUSA Mission Co-worker whom Bob and I have known since 2011, Dr. Chilenje, professor, minister, and Synod of Zambia moderator, Dr. Karl Klontz and soon to be med student, Shane.  Karl and Shane are here to install a solar system at Chesefu Seminary.

My friend and recently appointed coordinator of the community schools for CCAP, Mabuchi, is also here from Lusaka.  She and I are visiting schools and reporting to the Synod.  While the rest of the group from Lusaka headed to Chesefu (about 45 minutes from here) Mabuchi and I met our hosts, Rev. Nehemiah and Moffat Zulu and started off visiting schools.  Each school has at least one teacher that has had training from me while the rest of the teachers are new.  Some of the teachers are government school teachers assigned to community schools as a way to support learning in rural Zambia.  Like their counterparts in Lusaka, the community schools in Eastern Province struggle to find adequate supplies, pay their teachers, and encourage the children to attend school regularly. Unlike Lusaka, the schools here receive more help from the government and thus have more resources.  There is also an acceptance of the practice of marrying off ones young teenage daughter in exchange for a cow or other payment, known as “early marriage.”  Some girls as young as 13 or 14 are married off, get pregnant, and never return to school.  In many villages this is an accepted practice.

During the past two days we visited seven schools. Six of the schools have had training from me (and my colleagues) in the past.  At least one teacher at each school still remains from 2013.  As is the case in Lusaka, many of the strongest teachers have moved on and are no longer teaching.  Only a few teachers are continuing the practices they were taught.  There is much work to be done.